Health benefits they say? From improving memory, to boosting your immune system, here’s why you may want to add lion’s mane mushrooms to your diet. When you think of Lion's mane, chances are you're thinking of the hair on a lion. But the one I’m talking about isn’t the king of the jungle. In fact, it’s not even an animal; it’s a mushroom.

Lion’s mane mushrooms are touted as a brain-boosting superfood, but are they really packed with ferocious benefits? Here’s what you need to know about this fierce functional mushroom!

What are lion's mane mushrooms?

A lion’s mane mushroom is an edible mushroom. And despite its hair-raising name, it belongs to the tooth fungus group. This family of fungi is famous for its tooth-like or spine-like projections. In fact, the white, hair-like strands are what give lion’s mane its ferocious name!

Lion’s mane or hericium Erinaceus has many aliases. In Chinese, it’s known as hóu tóu gū or monkey head mushroom. And in Japanese, it’s called the yamabushitake or “mountain monk mushroom”. This is because the Yamabushi Buddhist monks wear a “suzukake” or a garment with long strands of hair or fur that resembles the mushroom.

Like the reishi mushroom, lion’s mane has been used for medicinal purposes for thousands of years (2,000 BC to be exact). In both Chinese and Japanese medicine, lion’s mane “has traditionally been used to fortify the spleen, nourish the gut, and also as an anticancer drug.”

But what really makes lion’s mane stand out from other mushrooms (aside from the fact that it looks like a lion and tastes like crab or lobster), it’s a natural nootropic, which means it can naturally improve your mental performance.

Because lion’s mane mushrooms aren’t widely consumed like the average button or portobello mushroom, there isn’t a ton of nutritional information.

However, we do know that like most functional mushrooms, lion’s mane mushrooms are packed with antioxidants. In fact, it ranks in fourth place for the highest antioxidant activity among 14 different mushroom species. 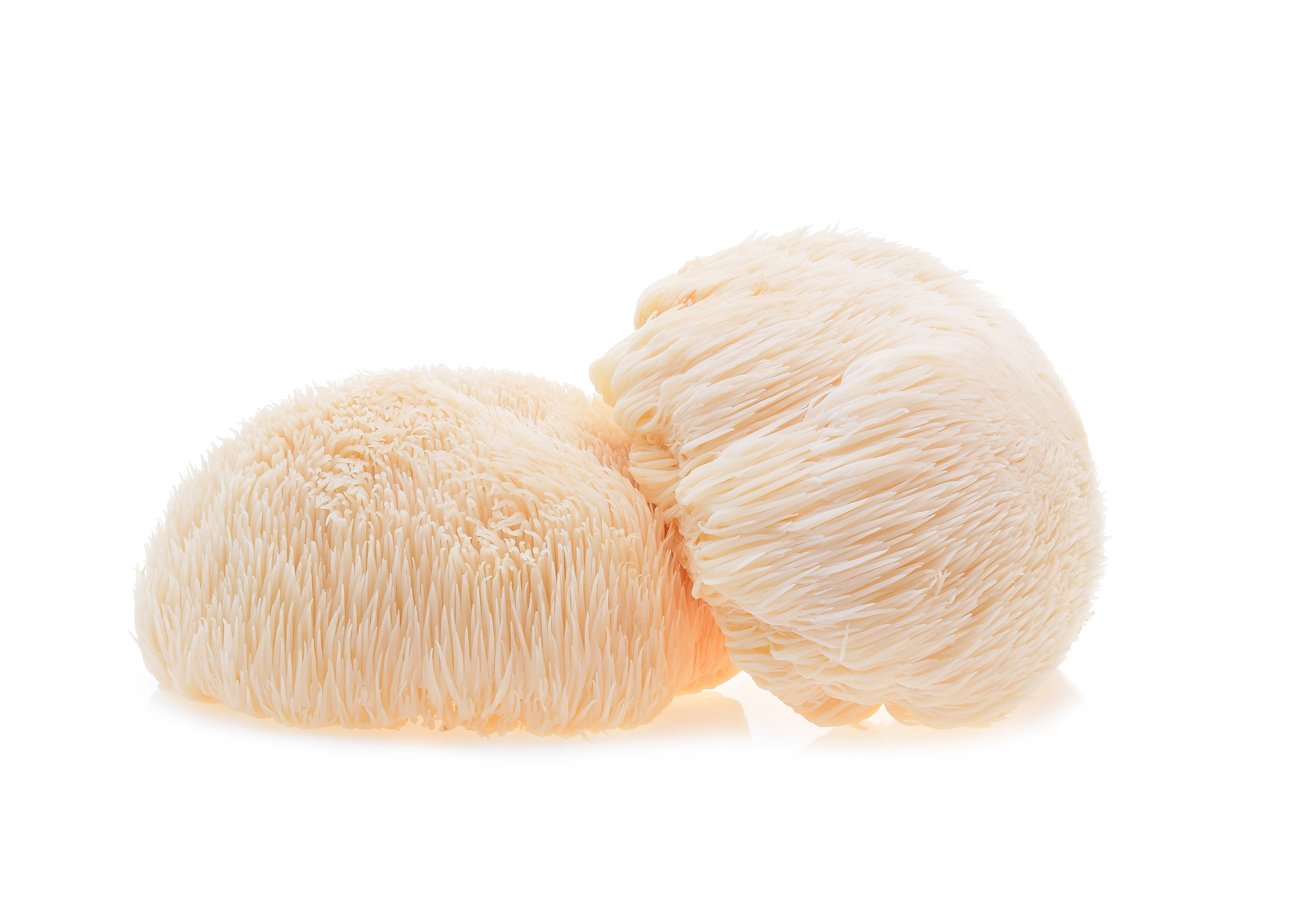 4 Lions's Mane Mushroom health benefits that will make you roar

Not sure lion’s mane mushrooms are for you? These four health benefits may change your mind — literally.

As I mentioned before, lion’s mane is a natural nootropic, which means it’s quite literally brain food.

Research shows that lion’s mane mushrooms improve cognitive function in mice, especially memory and visual recognition. This is because the brain-boosting fungus increases the production of nerve growth factor or NGF.

What is NGF? It’s a small protein “that plays pivotal roles in neuronal survival in the adult mammalian brain and modulates forms of structural and functional plasticity” or the brain’s ability to change its structure and move functions from damaged parts of the brain to undamaged parts.

What’s more, lion’s mane mushrooms may improve symptoms from Alzheimer’s disease. In one study published in the “Journal of Biomed Science,” lion’s mane extract reduced amyloid-beta plaques (the plaque that accumulates in the brain of Alzheimer’s patients) and increased NGF.

While more human studies are certainly needed, a small A double-blind, parallel-group, placebo-controlled trial was conducted in 2009 on 50 to 80-year-old Japanese men and women diagnosed with mild cognitive impairment.

One group took 250mg of lion’s mane extract 3 times a day for 4 months while the other group took a placebo. Those who took the lion’s mane “showed significantly increased scores on the cognitive function scale compared with the placebo group.” However, 4 weeks after they stopped taking the supplement, the benefits stopped. Another takeaway from this study: the lion’s mane had no adverse effects on the participants.

Cacao isn’t the only superfood that will put you in a good mood!

Lion’s mane mushrooms may also be a natural remedy for depression and anxiety. More animal research has found that lion’s mane extract promotes Hippocampal Neurogenesis — aka the stuff that controls our good moods and emotions.

In what might just be one of the most delicious studies ever conducted, 30 women were given cookies that contained lion’s mane extract or a placebo. After eating these cookies for 4 weeks, those who consumed the lion’s mane cookies reported feeling less irritated and anxious.

Like Chaga mushrooms, research shows lion’s mane mushrooms can give your immune system a much-needed boost!

A healthy gut plays a vital role in our immune system. This is because the intestinal tract acts like a filter against pathogenic bacteria. Enter lion’s mane mushrooms!

Research shows that this ferocious fungus increases the immunity in the intestinal immune system. As a result, it protects the body from pathogens that enter through the nose and mouth. (This is also why it’s important to wash your hands!)

This mushroom was often used in Chinese medicine to treat gastrointestinal issues and science seems to back that up. Multiple studies have shown that lion’s mane can reduce inflammation and symptoms of inflammatory bowel disease, a disease that affects more than 3 million people in the United States.

Another study found that lion’s mane reduced inflammation when given to rats immediately after a stroke. The extract reduced the size of brain-related injuries by more than 40%.