Benefits of the Guarana Fruit

It comes from the Amazon and looks like an eyeball, it definitely qualifies as an odd-looking superfruit! But what is guarana, and what are its health benefits? Have you heard of guarana? If you haven’t, and you’ve had at least one energy drink in your life, there’s a good chance you’ve consumed it.

While guarana is predominantly used in the beverage industry for its caffeine content, there’s a lot more to this eyeball-looking superfood than you may think!

Guarana or Paullinia cupana is a climbing plant native to the Amazon. It belongs to the soapberry family, which includes lychee.

The word guarana comes from the Tupi-Guarani word warana, which means “fruit like the eyes of the people.” That’s because the plant produces coffee bean-sized fruit that contains a black seed surrounded by white flesh, which gives it the appearance of an eyeball.

When it comes to the taste of guarana seeds, they’re extremely bitter. This is why we add lucuma and banana to our Energy Bomb mix to balance out the bitterness from the guarana.

Guarana: a natural source of caffeine

This Amazonian fruit has been used for centuries by Brazilian tribes for its healing and energy-boosting properties. When it comes to its antioxidant profile, guarana is similar to green tea: it’s rich in catechins, saponins, theobromine and tannins.

What makes guarana so popular is its natural caffeine content. Up to 6% of the seed contains caffeine and it’s 4-6 times more potent than coffee beans.

Because of this, guarana is a common ingredient in sports and energy drinks. In fact, 70% of guarana is used by the beverage industry. The other 30% is used to make guarana powder. 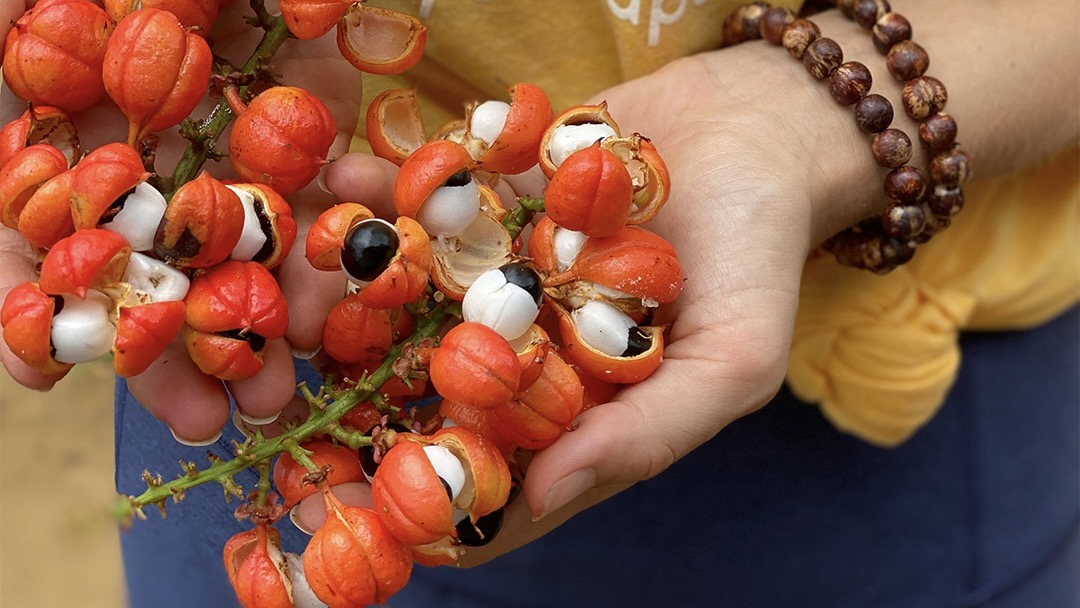 1. Guarana is a natural energy booster

Feeling tired? Don’t reach for coffee — reach for guarana instead!

The caffeine in guarana works similarly to other caffeinated beverages by blocking adenosine, a neurotransmitter that relaxes the brain and makes you feel tired.

2. Guarana may protect against cancer

Why is this? Researchers hypothesize its due to the xanthines in guarana, which are compounds that are similar to caffeine and theobromine.

3. Guarana may improve the ability to learn

A 2007 study published in the “Journal of Psychopharmacology” tested the behavioral effects of guarana on humans. The results showed participants who received 37.5mg or 75mg of guarana “produced more positive cognitive effects.” However, while caffeine may play a role, researchers don’t think it’s the only reason why participants did better.

A slightly earlier study published in 2004 also showed participants who received guarana extract paid more attention to their tasks and completed them faster.

4. Guarana is good for the heart

If you’re looking for a heart-healthy food, look no further than guarana. This Brazilian berry benefits the heart in two ways.

First, guarana can reduce the risk of heart attack and stroke by preventing blood clots. Research points to the caffeine and catechins for the “anti-platelet aggregatory activity.”

The second way guarana can benefits the heart is reducing plaque build-up in the arteries by decreasing the oxidation of bad cholesterol.

5. Guarana may be good for your skin

We all know wearing sunscreen is a great way to protect our skin from harmful UV rays, but caffeine can help too!

Studies show caffeine’s antioxidant properties protect cells against the UV radiation and shows anti-aging properties by slowing down the process of photoaging of the skin.

Did you know most over the counter pain medicines contain caffeine? It also improves their effectiveness by 40%!

How is that possible? Because caffeine binds and blocks adenosine receptors (remember those?), two of which are responsible for stimulating the feelings of pain.

Due to guarana’s high caffeine content, it could be beneficial when it comes to pain relief. 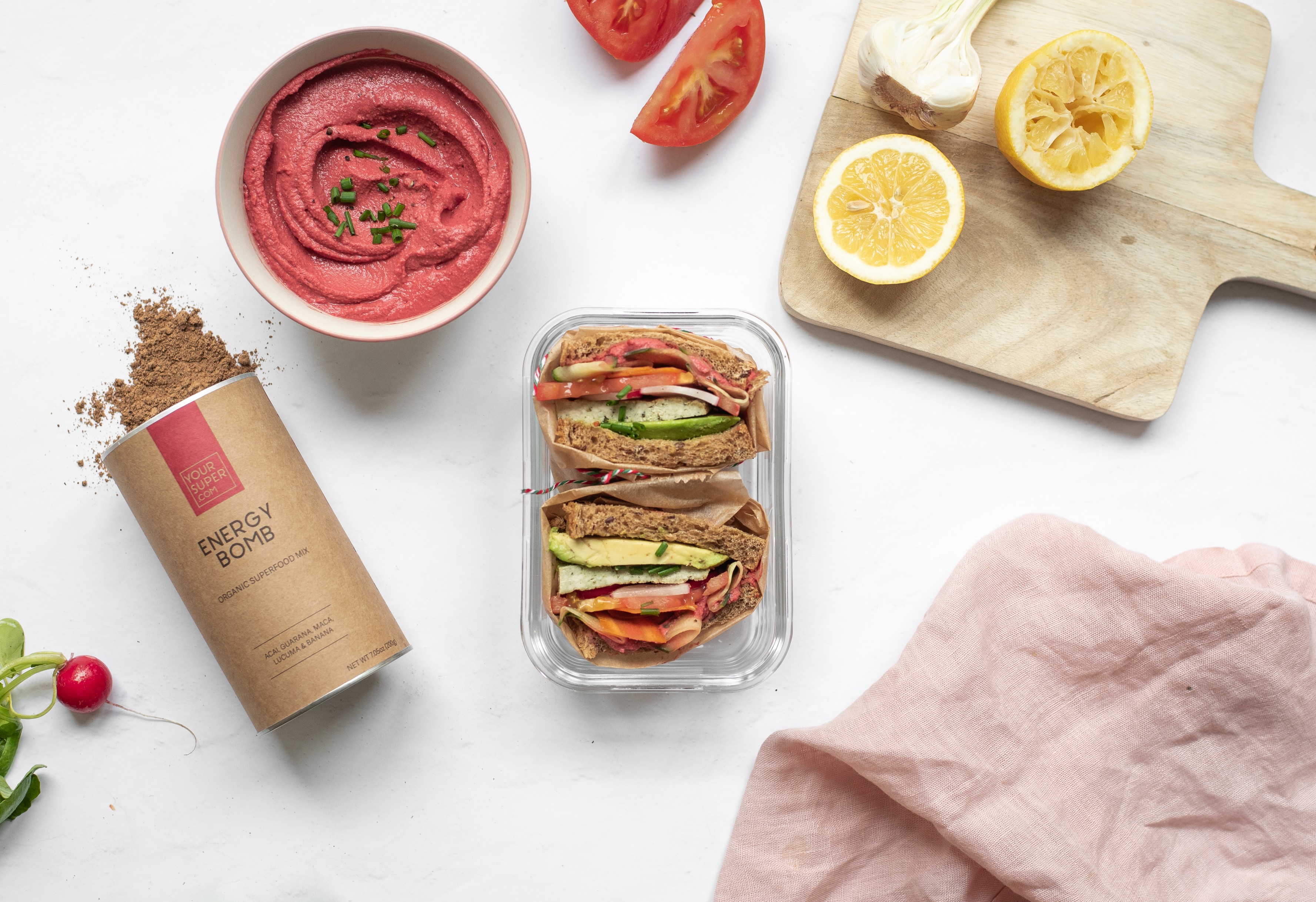 How to add guarana to your diet

As we mentioned before, a majority of the guarana used today is in energy and sports drinks. But have you ever read the ingredients on an energy drink? It’s nothing but hard to pronounce words and questionable (chemicals and synthetic) ingredients that were sourced from who knows where.

If you’re looking for a safer and cleaner way to enjoy guarana, we suggest trying the Energy Bomb mix! It’s a healthier alternative to coffee — in fact, 1 serving is the same as a cup of coffee! I also like taking Energy Bomb before a workout.

We source our organic guarana powder from Brazil where the guarana seeds are sun-dried and roasted at low temperatures. Not only will you get all that natural guarana goodness, you’ll also get the added benefit of other energizing superfoods like acai, maca, lucuma and banana!