Top 5 Health Benefits of the Cordyceps

Cordyceps may look strange, but their benefits are anything but! Learn more about this functional fungus, including 5 cordyceps benefits and how to add them to your health routine. There seems to be a functional mushroom for everything! There’s chaga mushrooms for immunity, reishi mushrooms for stress and lion’s mane for brain health.

So what’s the difference between Cordyceps and other functional mushrooms? And how could Cordyceps benefit your health? Here’s what you need to know about Cordyceps.

Like most functional mushrooms, Cordyceps don’t look anything like the mushrooms you see in your local grocery store or even growing out of the ground at your local park. In fact, you probably won’t even find them anywhere near you as they grow primarily in the grassy lands of the Himalayas, giving it the nickname “Himalayan Gold.”

Traditional healers and Tibetan medicine have used Cordyceps for centuries to treat a wide variety of ailments, from the common cold to cancer. In fact, the first people to discover the benefits of Cordyceps were local herders, who noticed their livestock growing stronger after eating the wild mushrooms!

So what makes Cordyceps so unique? They’re a parasitic fungus. It attaches itself to a specific kind of caterpillar and then eats its own host! From the larva, it forms a brown, 6 inch stem.

If I haven’t completely lost you, I have good news! Cordyceps are actually very expensive (sometimes fetching $20,000 per kilo!), which is why there are alternative ways to grow them. 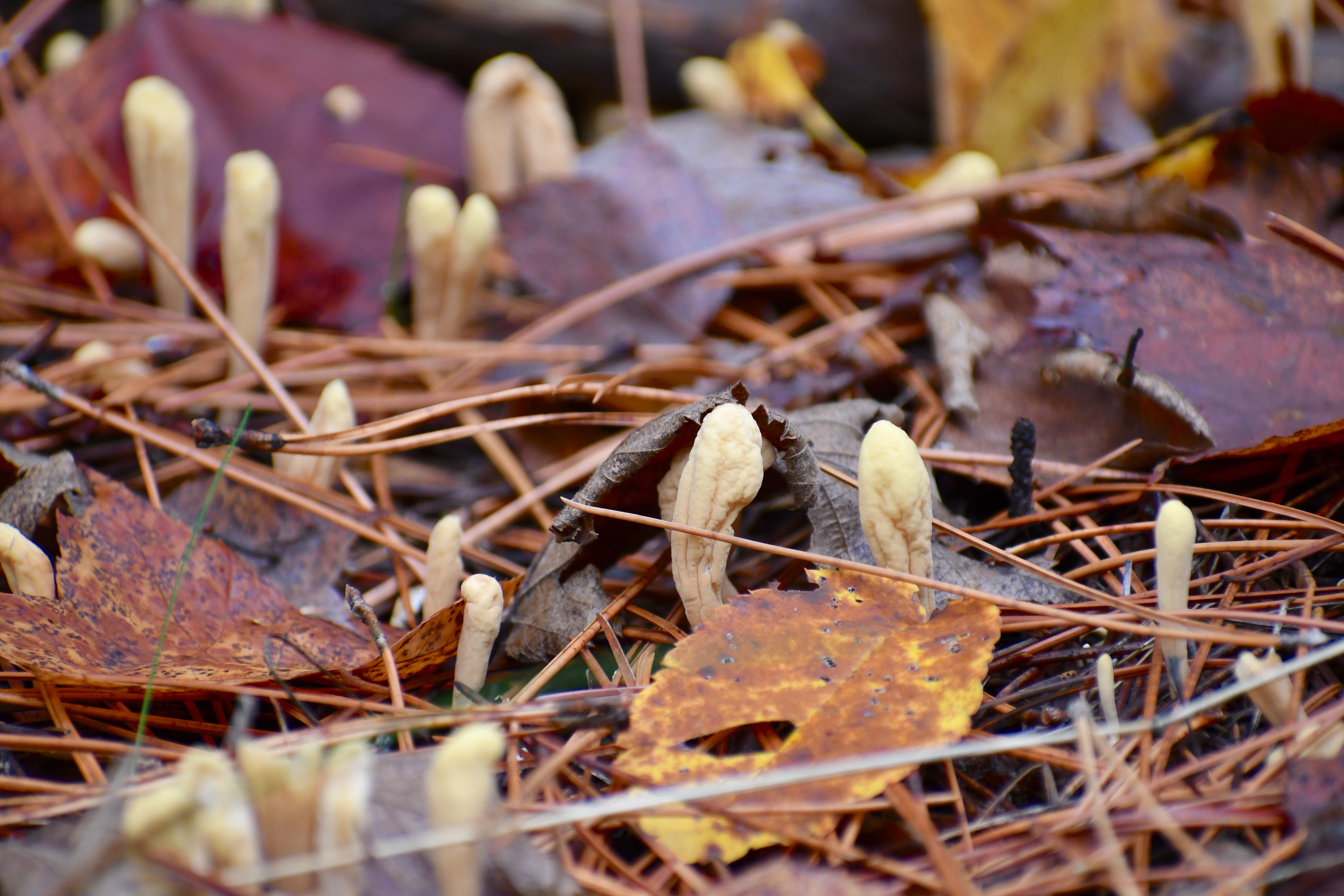 While traditional healers in Sikkim believed the fungus/mushroom Cordyceps sinensis could treat “all illnesses,” science has found there are at least six ways Cordyceps may benefit your health.

1. They can improve athletic performance

One of the reasons we included Cordyceps in our new Chocolate Protein mix is due to their athletic performance benefits.

In 2004, researchers gave 37 healthy Chinese adults 3 grams a day of Cs-4 (Cordyceps sinensis) or placebo capsules for 6 weeks. At the end of the study, VO2max (maximal oxygen uptake) increased by 7%. The researchers concluded Cordyceps could “improve oxygen uptake or aerobic capacity and ventilation function and resistance to fatigue of elderly people in exercise.”

A similar study was conducted in 2010, this time testing 20 healthy adults between the ages of 50 and 75. They took either Cs-4 capsules or placebo capsules 3 times a day for 12 weeks. The results showed those taking Cordyceps not only increased their endurance, but their physical abilities improved, too!

But what about younger adults? In a 2018 study, 28 participants with an average age of 22.7 were given 4 grams of a mushroom blend, which contained Cordyceps, for 3 weeks. Once again, those who took the Cordyceps supplements increased their VO2 max by 11%.

Want some real life evidence that Cordyceps can boost athletic performance? In 1993, two women at the National Games in Beijing broke the world records for the 1500, 3000 and 10000 meter runs. When asked what attributed to their record-breaking wins, their coach gave credit to the “revitalizing” properties of Cordyceps.

Another reason why Cordyceps are great for those who exercise: they’re good for your muscles — especially tired muscles.

Studies suggest Cordyceps increase the production of adenosine triphosphate (ATP), which is a primary source of energy for our cells, especially muscles. One study in particular found mice who were given Cordyceps militaris increased their ATP levels and saw a delay in fatigue during swimming and running tests.

This may be due to the fact that Cordyceps contain adenosine and it’s needed to produce ATP.

3. They may be good for the heart

While more human studies are needed, there are promising animal studies that show Cordyceps may be good for the heart.

It’s also interesting to note that Cordyceps is approved in China to treat arrhythmia, a condition that affects the rate your heart beats.

4. They're a natural anti-inflammatory

Inflammation occurs when your body is defending itself against injury and infection. But if this process lasts too long, it causes chronic inflammation.

When your immune system is being compromised, your body feels threatened, and begins to attack nearby organs. This causes some of the world’s most common chronic diseases.

But like turmeric, research shows that Cordyceps have anti-inflammatory properties. When scientists exposed human cells to Cordyceps, they discovered the proteins that cause inflammation had significantly decreased.

5. They have anti-ageing properties

Cordyceps are loaded with antioxidants known to combat free radical damage and help slow the signs of aging.

A 2000 study published in the “British Journal of Nutrition” links Cordyceps to enhanced memory, improved brain function and an increase in antioxidants in the blood.

Another study out of China found that administering Cordyceps extract to fruit flies significantly prolongs their lifespan by reducing their oxidative stress. 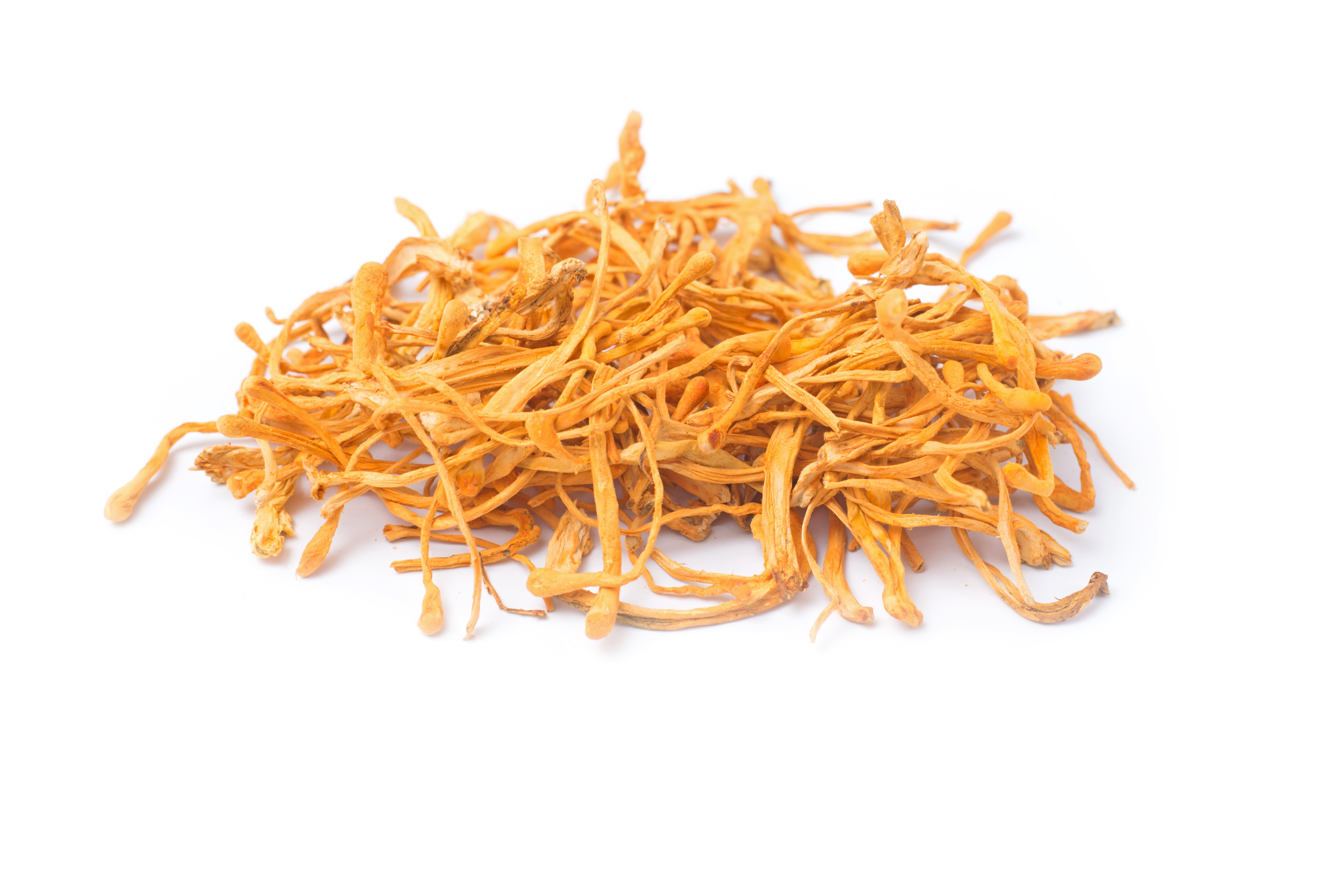 How to make cordyceps part of your fitness or daily routine

Up until a few years ago, Cordyceps weren’t easy to come by. In fact, local villagers would have to hike the Himalayas in order to obtain just a small portion of the wild mushrooms. So, why all the trouble? Because they knew their worth – medicinally and monetarily! Cordyceps were once selling for $50,000 per pound.

Thankfully, scientists have figured out a way to artificially cultivate the mushroom, making them more accessible and more popular in natural medicine. But even though you don’t need to hike the Himalayas or go to a market in Nepal, you still won’t find any in your local grocery store. Specialist shops that display a larger choice of medicinal herbs and spices will most probably have anything you need.

Naturally sweet, these medicinal mushrooms pair well with flavors like cacao and lucuma. So if you’re needing an extra boost before your home workout, just add 2 tbsp to your favorite plant-based milk and a bit of Magic Mushroom mix for a delicious pre-workout shake!