5 Health Benefits that Will Make you Go Bananas for Bananas

We love bananas at Your Super! They're perfect in smoothies, smoothie bowls and even ice cream! Learn more about this beloved yellow fruit, including banana health benefits that will make you want to eat more! Bananas have mass a-peel: they’re the most consumed fruit in the world! (And thanks to Gwen Stefani, no one will ever misspell that word…) According to a recent study, bananas are Europe's favourite fruit! (If you’re anything like Your Super co-founder, Michael, they'll be your favourite fruit too.)

But should we really be bananas for bananas? According to science...YES! Read on for an in-depth look at bananas, including five banana health benefits and what makes our bananas different!

A bunch of fascinating facts about bananas

The word banana comes from the Arabic word “banan,” which means finger (10-20 bananas is called a hand).

The banana tree isn’t actually a tree — it’s a large herb (they lack woody stems and the trunk is actually made out of tightly wrapped leaves). And the banana? It’s technically a berry!

Bananas grow in 150 countries and account for roughly 75% of the tropical fruit trade. According to the United Nations, 18 million TONS of bananas were exported in 2015 (half of that went to the United States and Europe).

Bananas also grow year round, which probably explains why more than 100 BILLION bananas are eaten every year.

While there are over 1000 banana varieties, the most common type of banana sold is the Cavendish banana.

Strip a banana of its yellow peel and you’ll reveal a pale yellow slug-shaped fruit (err...berry). Despite its unremarkable look, a banana is very nutritious.

Pretty much everyone knows that bananas are a source of potassium, about 12% of your RDI (recommended daily intake). They also consist of almost no fat and are mostly water and carbs — making it the perfect, portable pre or post-workout snack.

Bananas are also brain food thanks to manganese. With almost 16% of your RDI, manganese helps maintain a healthy brain. Completing the nutritional lineup, bananas also contain vitamin B6, vitamin C, fiber and magnesium as well as antioxidants, such as catechins and dopamine. 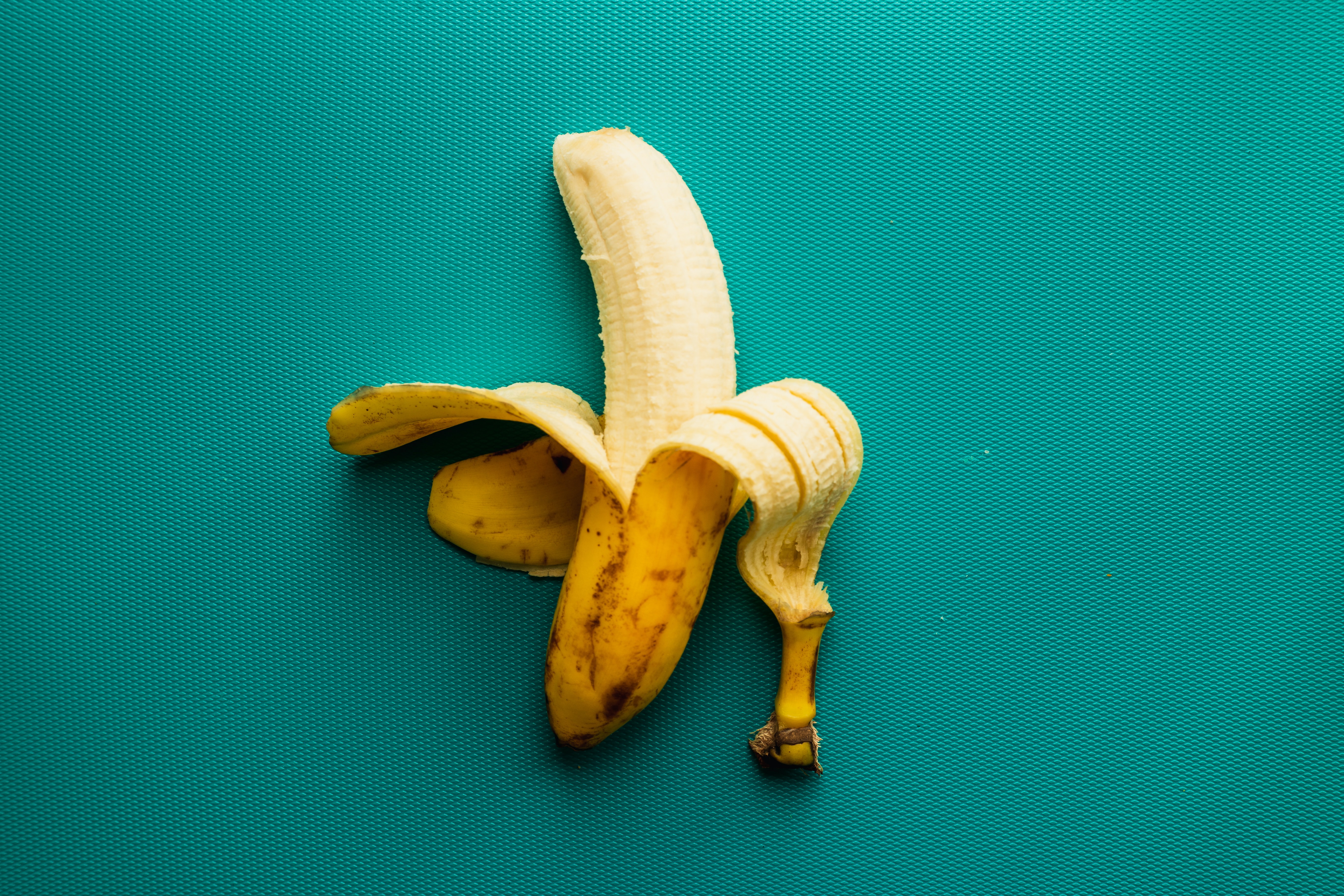 5 banana health benefits you should know about

1. Bananas are a source of energy

Because bananas are mostly carbohydrates or quick releasing sugar (don’t worry, the sugar in bananas isn’t bad for you!), they’re a source of fast energy.

After hitting the gym or working up a sweat, your body uses those carbs to build and repair muscle (it’s why banana is included in the Plant Protein mix!) To reap the energetic benefits of bananas, eat them before or immediately after your workout.

2. Bananas are good for digestive health

There’s a reason why bananas are part of the BRAT (bananas, rice, applesauce, toast) diet when anyone (especially kids) have digestive issues, such as diarrhea. That’s because bananas are easy to digest and can replenish electrolytes.

Bananas also contain fiber, specifically, pectin and resistant starch. Fiber has many health benefits ranging from promoting a healthy gut and preventing constipation. But the resistant starch in bananas can be especially beneficial for gut bacteria.

3. Bananas are good for your kidneys

Remember how bananas are loaded with potassium? That’s good news for your kidneys!

In 2005, researchers collected data from 61,000 Swedish women ranging in age from 40-76. The study, published in “International Journal of Cancer,” found the women who ate bananas 2–3 times per week reduced their risk of developing kidney disease by 33%.

Similar studies found eating bananas 4-6 times a week reduced the risk by HALF.

Want another reason to love bananas? They’re good for your heart!

Once again, the potassium in bananas play an important role when it comes to heart health. Potassium carries a small electrical charges, which causes nerve cells to send out signals for the heart to beat regularly and muscles to contract.

5. Bananas can improve your mood

When we need an instant mood booster, we usually turn to the Magic Mushroom mix. However, bananas can help, too!

Bananas contain the amino acid tryptophan, which produces serotonin. Serotonin is a natural mood stabilizer and has been shown to reduce depression and regulate anxiety.

What makes Your Super's bananas different?

We source our bananas, which you can find in the Energy Bomb and Plant Protein mixes, from an organic banana farm in Peru.

It’s true that bananas aren’t on the EWG’s “Dirty Dozen” list — the list of foods with the most pesticide residues. When conventionally grown bananas were tested by the USDA for pesticides in 2012, only 4 fungicides were detected. But according to the EWG, “industrial banana farming is pesticide-intensive because bananas are grown in massive monocultures, without crop rotation.” This leaves the plants vulnerable to pests and diseases.

And while the thick peel protects bananas from most pesticides, the farmers who spray them are not protected. By sourcing bananas from an organic farm, which doesn’t use pesticides or harmful sprays, it’s better for the farmers and their health (not to mention the health of the soil).

The co-op we work with is also located in a poverty-stricken area of the country, and they’re having a huge impact on those who live there. In an effort to reduce food waste, we’re also happy to announce we’re now using “ugly” bananas (the ones with scratches or superficial imperfections) in our products. (You can’t tell the difference in the mixes!)