Spirulina is one of the most popular health foods (and superfoods) around. But what is spirulina? And what health benefits come from adding spirulina to your diet? We're presenting you 9 health benefits of spirulina. What’s blue-green, referred to as pond scum and a growing health food trend?

If you go to any health food store or local smoothie shop, you’ve probably seen it on the menu.

But what exactly is spirulina? And what can it do for your health?

Spirulina is usually described as blue-green algae, but it’s technically a cyanobacterium. Cyanobacteria get their name from the bluish pigment phycocyanin, which they use to capture light for photosynthesis. Because of this, spirulina also contains chlorophyll.

Spirulina grows in both fresh and saltwater and can be consumed by both humans and animals. This green superfood is available as a powder (you can find it in both our Super Green mix and Skinny Protein mix), as flakes, or as tablets.

Although spirulina is gaining popularity in the health food world, the algae originated 3.5 billion years ago — it’s one of the oldest known fossils! Spirulina was also a primary source of protein for the Aztecs. They would harvest the spirulina from Lake Texcoco and sold the “Tecuitlatl” in cake form. Although there’s no concrete evidence, legend has it Aztec messenger runners took spirulina on their marathons.

Call it what you want, but spirulina is more than worthy of its superfood title. While this blue-green algae may look like slimy pond scum, it’s actually one of the most nutritious and nutrient-dense foods on the planet.

Spirulina is also a great source of phytonutrients, copper, iron, manganese, potassium, B vitamins, iodine, and Gamma-linolenic acid (GLA).  Another reason why spirulina has earned its superfood title: it’s a sustainable food source. In addition to requiring 10 times less water than other vegetables, spirulina can be harvested year-round and is able to withstand extreme temperatures.

Spirulina also has the potential to end world hunger. According to economist Urs Heierli, Ph.D., just 1 gram of spirulina per day can correct malnutrition in a small child within a few weeks. This idea is also supported by the United Nation. 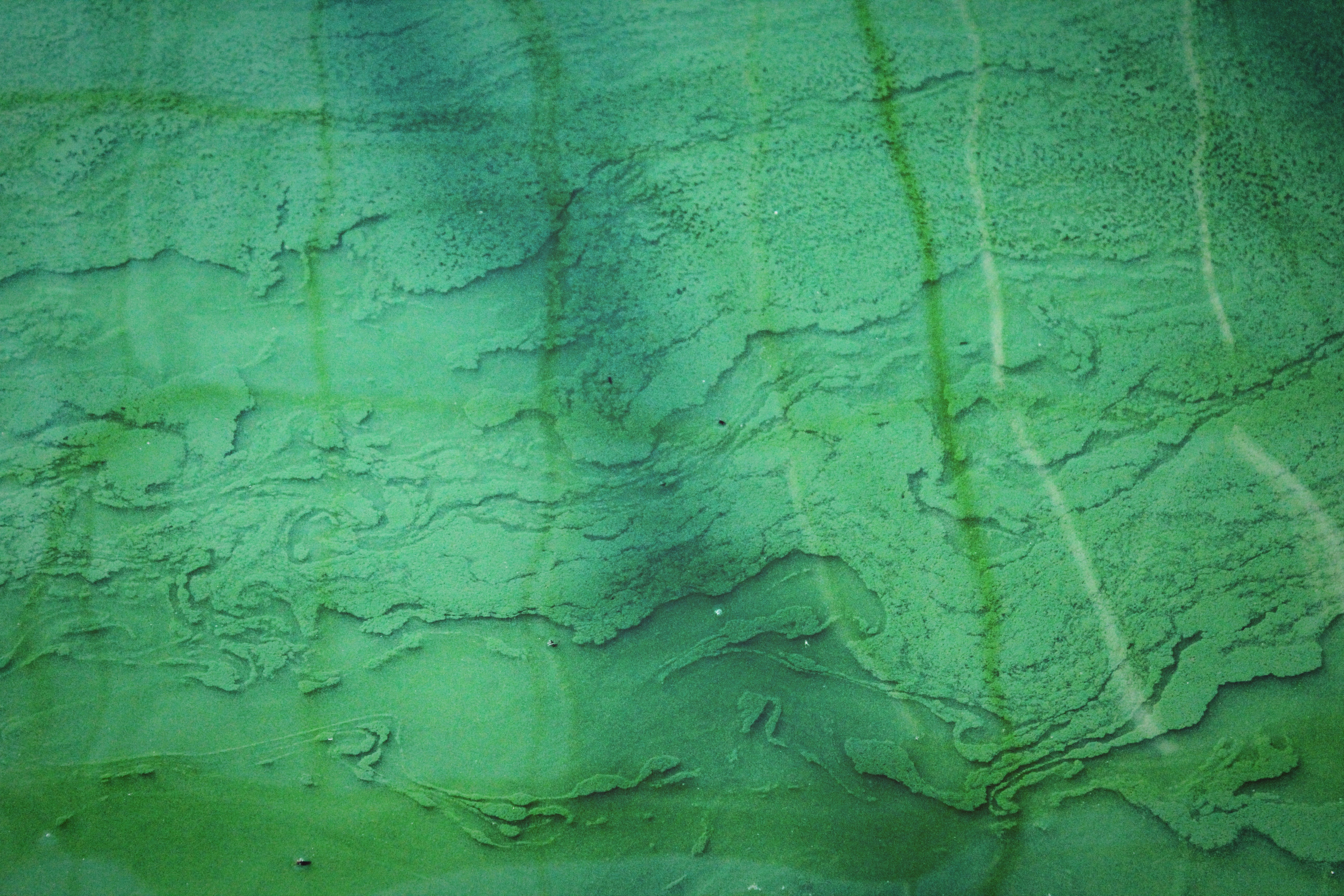 Spirulina is a powerful detoxifier that helps remove toxins, such as heavy metals, from the body. (This is one of the reasons why we include Super Green and Skinny Protein in our detox bundle!)

What are heavy metals? Heavy metals are a group of 23 elements that can be dangerous, even in low concentrations. This group includes lead, arsenic and mercury, just to name a few. Too much heavy metal in the body can be toxic and cause poisoning.

According to a 2016 review, spirulina’s anti-toxic properties are “due to its high antioxidants content, mainly phycocyanin...”

People search for natural ways to protect their immune systems from the common cold and flu every fall and winter. One way to boost your immune system naturally is to eat more fruits and vegetables. But adding spirulina can also help.

According to a 2000 UC Davis study, “adding spirulina to cultured immune system cells significantly increases the production of infection-fighting cytokines.”

3. Spirulina may have anti-cancer properties

Over 70 peer-reviewed studies show that spirulina is a powerful cancer fighter — especially against oral cancer. Two different studies found just 1 gram of spirulina per day reduced precancerous lesions by 45% and improved symptoms. Other studies show spirulina can reduce the growth of tumors.

Like most superfoods, spirulina is high in antioxidants, especially phycocyanin. Not only does phycocyanin give the blue-green algae its blue color, it’s also a powerful anti-inflammatory. Studies have shown this antioxidant scavenges and fight the free radicals that cause oxidative damage.

If you’re looking for a natural way to reduce your LDL cholesterol (aka the “bad” cholesterol), you may want to consider spirulina.

In a 2014 study published in the “Journal of the Science of Food and Agriculture,” researchers gave 52 participants 1 gram of spirulina every day for 12 weeks. When they retested their lipid panel, the results showed triglycerides were lowered by, on average, by 16.3% and LDL by 10.1%.

A 2016 meta-analysis found similar results: adding spirulina to your diet can significantly reduce total cholesterol and lower your LDL while increasing your HDL.

Many people suffer from high blood pressure, which is often referred to as a “silent killer” because it doesn’t produce any symptoms.

One study showed that eating a small amount of spirulina every day (2 grams), improves blood pressure as well as endothelial function in overweight patients.

Sinuses or allergies got you down? You may want to reach for spirulina instead of an over-the-counter drug!

One study, in particular, found that 2 grams of spirulina a day significantly reduced symptoms, such as sneezing, nasal discharge, congestion, and itching.

The Aztec messenger runners may have been on to something when they took spirulina on their marathons.

Although the evidence is limited, one study suggests spirulina may enhance endurance performance. Another study found that spirulina supplementation “induced a significant increase in exercise performance.”

Another benefit of spirulina is its antifungal properties.

Spirulina can help prevent candida buildup, which leads to yeast infections. The cyanobacteria promote the growth of healthy bacterial flora in the intestines, which stops Candida from growing. 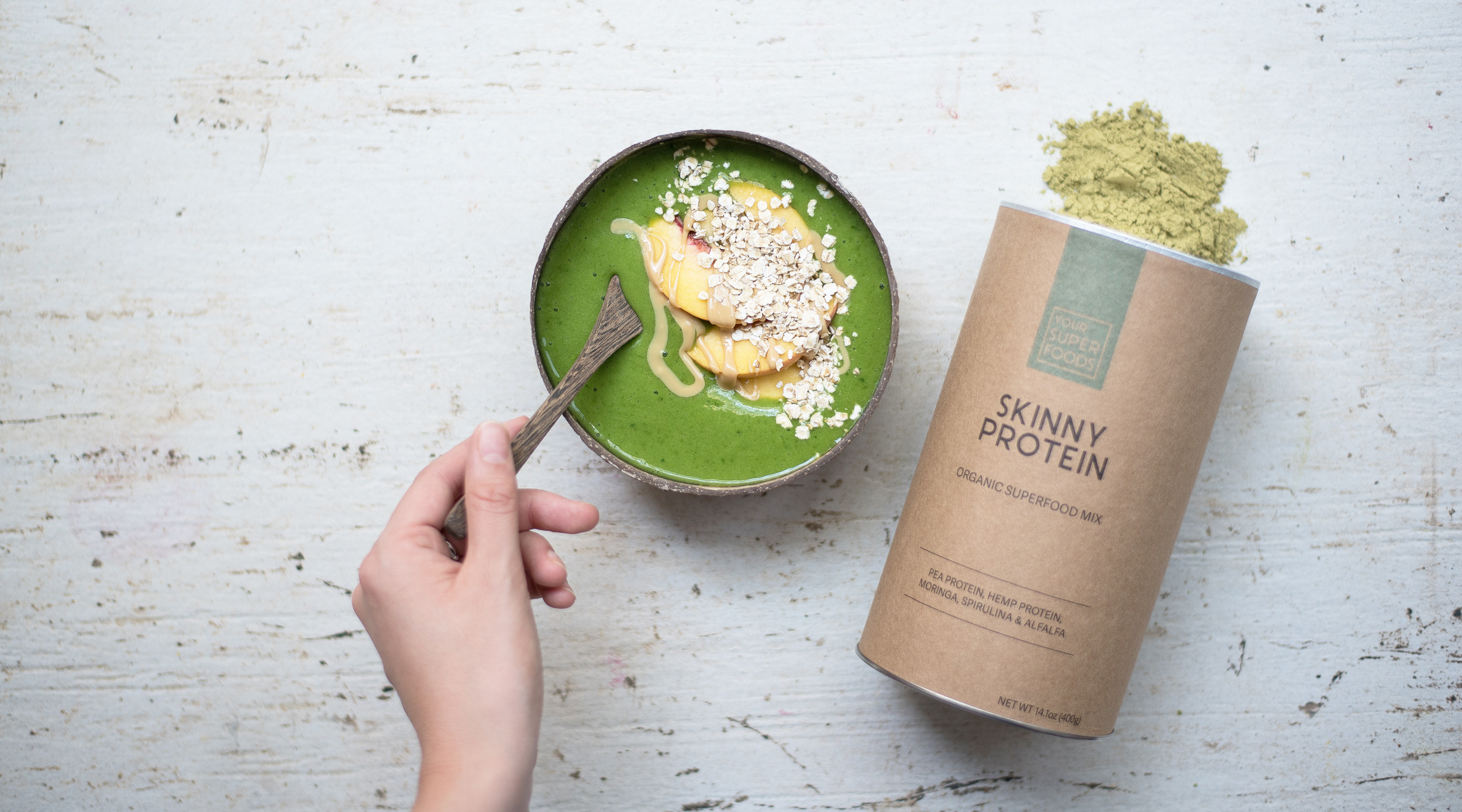 How to use spirulina

Spirulina powder can be easily added to green smoothies, smoothie bowls, or mixed into water with lemon or lime juice. You can also use it for natural food coloring (and makes for a great Instagram picture).

Spirulina has unique, and sometimes an intense, taste — think earthy with a touch of seaweed (it is an algae, after all!).

If you’ve never tried spirulina before, you may find it tastes a little too green. You can easily balance this out by adding sweet fruit, such as bananas, pineapple, and mango to your smoothies. You can also try adding orange, lemon, lime, or pineapple juice.

While you can buy spirulina powder at your local health food store, we find spirulina tastes better when combined with other superfoods. You can enjoy the benefits of spirulina with both our Skinny Protein and Super Green mixes.

Your Super's spirulina is sourced from a state-of-the-art algae farm in Germany. This family-owned business has been growing algae for 25 years and they helped develop the organic standards.

Growing the algae indoors creates a controlled environment, which prevents bacteria or pesticides from contaminating the spirulina or chlorella. The end result is one of the cleanest and best-tasting products!